The Pharmaceutical Sales Rep Lives to Fight Another Day 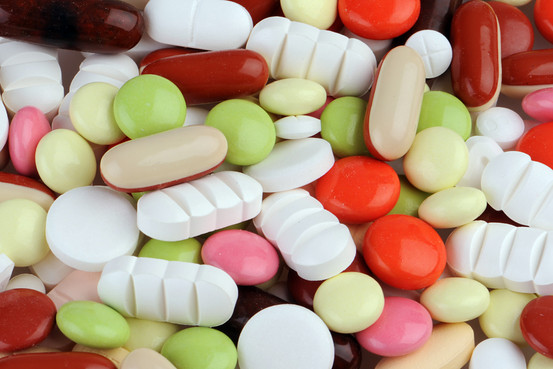 The pharmaceutical industry has shed thousands of sales representatives over the past decade, but drug makers continue to invest in hiring and training, albeit at rates that are only slightly higher than what was seen several years ago. The upshot is that the demise of these marketing stalwarts may have been exaggerated.

Among U.S. drug makers, the annual cost per primary care rep ranges from $125,000 to $200,000, although most companies allocate roughly $160,000, which is up from $150,000 back in 2005. The modest increase reflects less travel, fewer extravagant meetings and lower costs for laptops and tablets, according to a recent report by Cutting Edge Information, a market research firm.

The same factors helped temper cost for reps who call on specialist physicians and hospitals, although the averages were, not surprisingly, higher than for primary care reps. The average cost for a specialty rep was $228,000, while the average annual cost for hospital reps was $243,000, according to the report, which queried 61 drug and seven device makers late last year.

Although the industry shed 40,000 reps between 2006 and early 2013, according to ZS Associates, a sales consultant to drug makers, reps remain a primary vehicle to reach physicians with product information. Drug makers increasingly use technology – from emailing materials to informational webinars – to interact with physicians. But reps continues to fill an important role in distributing medical research and samples of products– a process known in the industry as “detailing.”

“The reps are still very much needed to talk to physicians,” says Christie Shilling, a Cutting Edge research analyst. “I think the ratio of reps to physicians is dropping from 4-to-1 to nearly 1-to-1, and the nature of the interactions is going to change. Their responsibilities are going to become more like relationship managers.”

Interestingly, an average of only 10% of all interactions are spent using the Internet or mobile device to host webinars or interact with physicians by email. The vast majority of physician outreach efforts continue to be undertaken through traditional methods – a face-to-face encounter with doctors. In any event, the average annual investment in electronic methods is $1.96 million.

Overall, sales rep compensation consumes a varying portion of budgets for sales efforts, ranging anywhere from 30 percent to 70 percent. Samples, however, cost drug makers between 2 percent and 6 percent of budgets, on average, while training for newly hired sales reps cost between 5 percent and 8 percent. Specifically, the average cost of training primary care sales reps is about $18,300, but $20,500 for specialty and nearly $21,900 for hospital reps.

But how much do reps make? Compensation levels have largely remained unchanged in recent years. On average, primary care reps make $96,000, while the highest-paid received $129,000. Incentive pay made up about one-quarter of compensation, but high-performing reps derived 30 percent from bonuses.

This article was originally posted in : http://blogs.wsj.com/corporate-intelligence/2014/03/13/the-pharmaceutical-sales-rep-lives-to-fight-another-day/

Find Us On Social Media

Benefits Of Outsourced Sales Team: 5 obvious reasons why it makes sense to ...

This website uses cookies to improve your experience while you navigate through the website. Out of these, the cookies that are categorized as necessary are stored on your browser as they are essential for the working of basic functionalities of the website. We also use third-party cookies that help us analyze and understand how you use this website. These cookies will be stored in your browser only with your consent. You also have the option to opt-out of these cookies. But opting out of some of these cookies may affect your browsing experience.
Necessary Always Enabled
Necessary cookies are absolutely essential for the website to function properly. This category only includes cookies that ensures basic functionalities and security features of the website. These cookies do not store any personal information.
Non-necessary
Any cookies that may not be particularly necessary for the website to function and is used specifically to collect user personal data via analytics, ads, other embedded contents are termed as non-necessary cookies. It is mandatory to procure user consent prior to running these cookies on your website.
SAVE & ACCEPT